We're here to support you. Shop virtually with us. 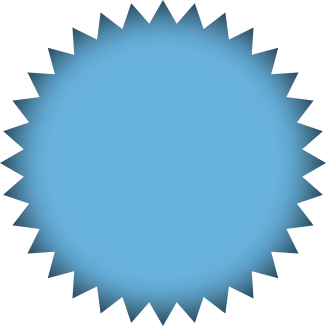 We Can
Get You
Approved

I had been searching for the Unicorn of cars for several months ( newer model Chevy Cruz, super clean, low mileage, all the new safety technology also the color blue because ya know....goals). I hadn't found it unless it was 100+miles away . I was also pretty nervous about buying a car as a single woman & wanting very badly to do it by myself without having to bring someone in order to get a fair deal. The 2016 Chevy Cruz LT they advertised was the unicorn plus a sunroof/moonroof. I've had some fairly horrible experiences with dealerships so I called ahead to make sure it was real. The salesman who answered the phone confirmed they still had the car & that it did have a few more miles on it now but still low mileage (15k). I went to the vehicle the same evening after work. It was pulled out & parked near the street so I could look at it a bit before speaking with anyone. Jake, the salesman & Wally, the owner, came out shortly after to speak to me. Both of them were very friendly, and not pushy AT ALL. They let me test drive it by myself which was also awesome. The car did have very minor damage to the rear lower passenger door and I let them know it would have to be repaired or I wasn't interested. Wally agreed immediately without push back. I put a deposit on it that day. I took the car before the paint had come in because I really wanted to drive it. They let me park my little Chevy Aveo in the back lot so I could just swap them out once the paint arrived. The repair I requested was completed & he gave me the remaining paint so I could touch up whatever else I wanted. He even showed me how to do it! All and all, BEST buying a car experience I have ever had.

I have known Walter since 1985. He is without question, one of the most genuine people that you will ever meet. He has very high standards and goes the extra mile for his customers. There are few dealers that I would recommend. Wally's Wholesale is one of them. Check it out. You will be glad that you did.

I was looking for my first diesel truck and a friend recommended Wally's as the place to begin looking at the major tuck models. Walt the owner is a good guy to work with. He is low pressure and shared his experiences with different brands. First I drove four different brands and he pointed out the pro's and con's of each.
Next, I spent several weeks researching the brands on the internet and collected prices.
Walt kept in touch to tell me of new trucks on his lot. I narrowed my search to GMC/Silverado Duramax and he had sweet 2015. I had the truck inspected as a pre-purchase and it checked out perfectly, just as Walt said it would. The service tech commented that it was in excellent condition.
Dealing with Wally's was a good learning experience. I got a great truck at a great price. I would recommend Wally’s to anyone.
Bill DeBender

I was looking for a car for a few months before I had come across wallyswholesale. I couldn't find a car that could fit my budget until I found out about this particular dealer. They really helped me get into a car that was the right fit for me and one that fits my budget. I definitely would recommend wallyswholesale for anyone not only looking for a car, but for an experience.

Very Friendly Staff and a nice selection of trucks.  Will recommend to anyone..

Great experience with Wally's. They recently bought a truck from me. I live in TN and was selling the truck on craigslist, and Walter from Wally's called saying he was interested in buying the truck. He told me he was a dealer and wanted to send a driver, with a cashiers check to TN to buy and pick up the truck. I was hesitant at first, but by talking to them a few times I saw the honesty in what they do. The driver came a few days later with the check and I went to the bankand easily cashed it and sold the truck for a very fair price. It all went well and they are very trust worthy. I would sell to them again and would encourage anyone to do so!!!

I bought my first car from them..  I had some issues and they stepped up and made things right.

Beat CarMax!!!!!  Took by truck by CarMax and they gave me a Low Low price.  Then went to Hyman Brothers and the sales guy told me to go to a truck place.  So went to Wally's The beat CarMax by $924.00.  Still not as much as i wanted by more than all the rest.  So never going to CarMax again.  If you want a fair shake go to Wally's an Hyman Brothers.  Thanks guys.  James Richards  - Oilville..

Was looking for a Truck to work on the Farm.  Was in no hurry but wanted a dump bed.  Talked to the owner and he got me one in two weeks with a price in my budget.  Very Family Friendly..  George